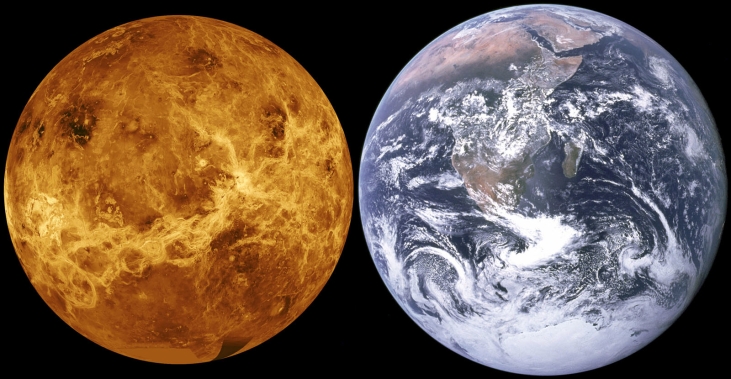 A new paper in Nature presents some very interesting ideas about the evolution of the inner Solar System and by implication the nature of the bodies that collided in the giant impact to form the Earth-Moon system. Martin Schiller, Martin Bizzarro and Vera Assis Fernandes have looked at the calcium isotope composition of various inner Solar System bodies, namely, ureilites, angrites, ordinary chondrites, martian meteorites, terrestrial and lunar rocks. The parameter µ48Ca appears to show a correlation with asteroid/planet mass. Schiller and colleagues suggest that mass may be a proxy for the accretion timescale, so that the bigger the body, the longer it takes to form. They argue that changes in µ48Ca are not related to the location within the inner Solar System, but rather how long a body was accreting for. According to this interpretation, small, early-formed bodies such as ureilites have more negative µ48Ca values than larger bodies, such as Earth, that continued to grow for a longer period. It is argued that this change reflects the progressive addition to the inner Solar System of material, such as carbonaceous chondrites, that originate in the outer Solar system and have positive µ48Ca values.

Fine, but what are the implications for the origin of the Earth-Moon system?

The Earth-Moon system most likely formed as a consequence of a giant impact between two relatively large-sized planetary bodies. In the classic formulation of Canup and Asphaug (2001), the proto-Earth was hit a glancing blow by a Mars-sized body. But this model doesn’t mean that the two bodies mixed together completely. In fact, according to this model, the Moon should contain a disproportionate amount of material from the Mars-sized impactor. So you might then expect the Moon and Earth to be a little different in terms of their isotopic composition, but they are not. One way round this is to invoke much more energetic collisions which essentially totally mix the two planets. But Schiller and colleagues present a different explanation, at least with respect to calcium isotopes. Being large bodies, both the proto-Earth and the Mars-sized impactor would have taken a long period to form and hence would have had nearly indistinguishable µ48Ca compositions. Schiller and colleagues suggest that the nearly identical calcium isotopic composition of the Moon and Earth reflects the isotopic evolution of the disc. In other words, the proto-Earth and the Mars-sized impactor were essentially identical twins prior to impact.